The liquid ink highlighter pen is the new mark used in recent years, with thicker, lighter ink covering the key parts to mark, do the mark, do not block the text at a glance. Fluorescent pen has fluorescent agent, it encountered ultraviolet light will produce a fluorescence effect, emitting white light, so that the color appears to have a dazzling sense of fluorescence. Commonly used in office learning. 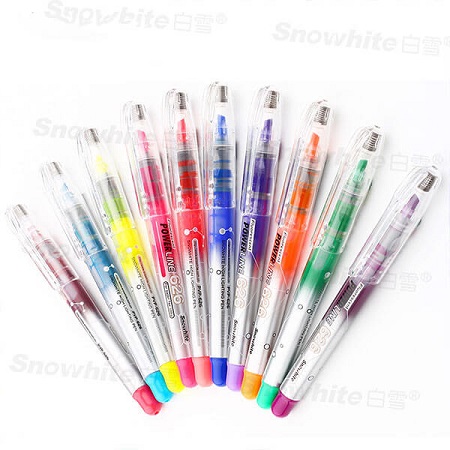